As an EALC student at Georgetown, I was given the liberty to explore my interests in East Asia and the encouragement I needed to grow as a global thinker. 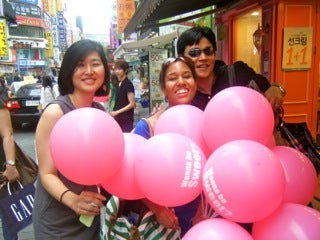 I decided to major in Japanese after having a momentous study abroad experience in Japan as a high school student. My coursework at Georgetown enriched my knowledge of Japanese culture and society and allowed me to investigate education policy and urban poverty in Japan, engage in comparative politics research, and even take on learning a third language- Korean! These endeavors were greatly supported by EALC faculty, who continue to offer me guidance and motivation. 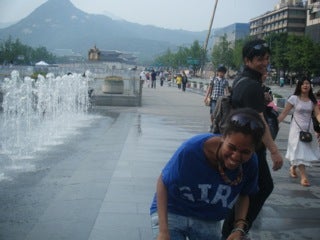 After graduation, I made the decision to go to South Korea as a Guest English Teacher for the English Program in Korea (EPIK). I was really taken by Professor In Ku Marshall’s Korean language class and I thought it would be exciting to travel to a new country and strengthen my Korean language skills. Living in Korea was truly an unforgettable journey full of challenges and blessings. I gained lifelong friendships and even reunited with dear friends and classmates from Georgetown in Seoul.

I also gained a clearer understanding of what I wanted to do in the future: During my stint in Korea, North Korean leader Kim Jong-Il died and his son rose to power, South Korea elected its first female president, and tensions rose between Japan and Korea over the Liancourt Rocks dispute. These events stirred political discussion with students, colleagues, friends and strangers. In the midst of these conversations, I found a desire to study international relations and diplomacy. 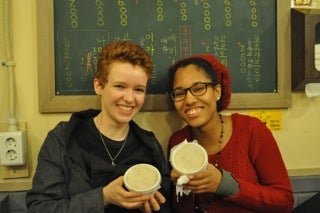 I finally returned to the States last year to prepare graduate school applications. I was accepted to the Fletcher School at Tufts University and will begin the Master of Arts in Law and Diplomacy program in Spring 2015. Currently, I am working for the U.S. Senate as a Regional Representative for Senator Carl Levin.