The following essay was originally published by the Junior Year Abroad Network on April 19, 2013 and the original post can be found here. 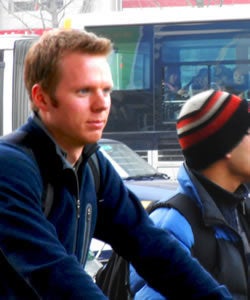 My first experience with China’s religious freedom was in Ontario, Canada. As a missionary there I was sharing my beliefs with others, teaching people who were interested, and baptizing those who chose to join the Church of Jesus Christ of Latter-Day Saints. I was assigned to teach in Chinese, and most of the people I taught were from the mainland. There was a letter for members of the Church who returned home to China. It explained non-proselytizing rules agreed upon by the Church in China, and who to contact to find the congregation nearest their home town. In most countries you could just Google the nearest meeting and not worry about restrictions. China’s circumstances are a bit different.

Religious circumstances in the People’s Republic of China are unique. It has historically been a land of cultivation of philosophic and religious thought. It wasn’t until the 20th century that religion was set aside from the Chinese mainstream. In 1949 the Chinese Communist Party took rule, and all religion became secondary to the party.

Since then China has undergone significant reform. It’s in the middle of an ongoing process of opening its doors to foreign commerce and ideas. As it’s opened up economically, China has also become more and more open to religious freedom. In 2007 the Berkley Center posted a statement on religion by former President Hu Jintao.

The beginning of the statement establishes religious freedom and independence, as well as the government’s desire to maintain good relations with religious people. It goes on to say, “We need to strengthen professional training and education to cultivate a team of qualified clerics who are politically reliable, theologically erudite, and socially well-respected among believers. We encourage patriotic religious groups to play an active role.” The Communist Party has opened up freedom of religion, but still seems to be considering the good of the party first. Religious freedom is an important component of an expanding, trading nation. Yet, religion should be practiced in compliance with the interests of the ruling party. This seems to be the feeling reflected in the government’s view of religion, at least.

I would like to share my personal experience attending Church in China. This is my second time in China, and each time I’ve found the time and place to attend church through a friend or relative who already lived here. The Church service is about the same as services I attend at home or in DC. We sing from the same hymnals, we take the same sacrament, and we study the same texts. The most noticeable difference is that instead of building a chapel, the Church rents a floor of a conference center in which we hold meetings and activities. At Church I hardly feel like I’ve left home, much less gone half way around the globe.

At the start of each meeting, however, there is a reminder of the peculiar conditions under which we gather to worship. Before each meeting a statement approved by Church leadership in Salt Lake City is read. It reminds us that proselyting is strictly prohibited in the People’s Republic of China. Whether forward or passive, the sharing of our faith with local Chinese Nationals isn’t allowed. Most members follow this guidance out of respect for the trust that has been built between the Church and the Chinese government. It’s the integrity of the Church, not just yourself, that’s at risk. Just not talking about our beliefs can be difficult in a faith with noticeably different habits and a strong emphasis on missionary work.

In my case, every time somebody asks where I learned Chinese my mission in Canada is easily brought up. Whether or not they’re religious, Chinese people are all curious (according to my Chinese history teacher). Inevitably I am asked questions about my Church and beliefs, and sometimes I have to leave it at some simple facts and then explain that I’m not allowed to say much more. Even this minor limit on freedom of speech and religion is hard for me to grasp as real, even while living inside of it.

Nonetheless, Chinese freedoms are increasing year by year. Even though the spread of religion is restricted within China, believers are allowed to gather together to worship. Chinese nationals such as those I taught in Canada meet in the same rented floor as the international congregation. At present, they are required to hold all meetings and activities separate from foreign nationals. But I think this freedom to meet regularly with the acknowledgement of the ruling party is a step in the right direction.

Last spring I asked a Chinese man who fled to the U.S. about religious freedom in China. Even though he writes books to exploit corruption that exists in China today, he acknowledged that China’s religious freedom has increased significantly in recent decades. With Chinese social and economic development has come a myriad of new issues and new progress. In the mix of it all, I’m glad to see Chinese people enjoying more of the religious freedom that so many of us take for granted.